Brothers Scott and Shane Blair were introduced to remodeling and construction as children by helping their father and his construction company. After learning the trade the brothers started their own company in the Omaha area in 2001.

Between Scott and Shane they have a combined total of over 20 years experience in construction. In Mar 2008 Shane returned home from a 1 year deployment in Iraq where he served as a navy Seabee, performing construction projects for the US military. 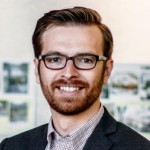